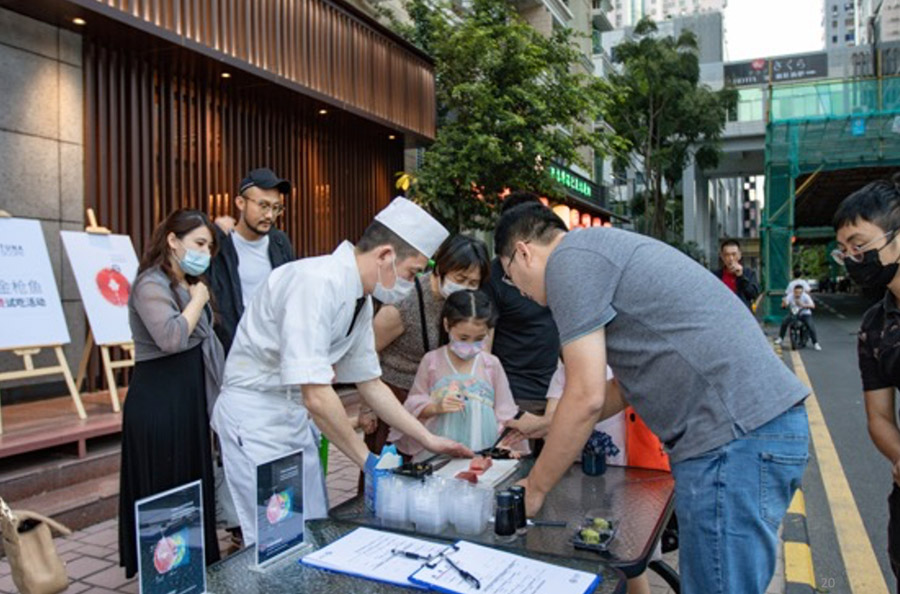 “AI Tuna” is the name given to tuna whose quality has been examined using TUNA SCOPE. It is now being delivered not only nationally, but internationally. In October 2021, sales of AI Tuna commenced in the Chinese cities of Guangzhou and Shenzhen. Chinese consumers are not as accustomed to eating tuna as Japanese, and this launch was intended to give Chinese a taste of the highest-quality AI-examined tuna—but how did they react?

Japanapanese artisans spend more than ten years mastering the skill of tuna examination. TUNA SCOPE seeks to provide worldwide access to this expertise, and let people the world over enjoy delicious tuna. Here, we take a look at tuna-tasting events in China, and discuss the future prospects of TUNA SCOPE and AI Tuna.

The Japanese culture of eating fish is increasing in popularity across the world; sushi and other dishes are now commonplace worldwide. In China, tuna is still a somewhat unusual ingredient when compared to salmon and other fish. For this reason, before serving AI Tuna to Chinese, we first developed recipes for new tuna dishes that would suit the preferences of consumers there. Thanks in part to these efforts, large numbers of people attended tasting events held at various restaurants in Guangzhou and Shenzhen—in fact, the events were so popular that long queues formed outside.

But how did these consumers react to the AI-inspected highest-quality tuna? Surveys revealed that 83% of participants thought the tuna was tasty, and that 85% wanted to eat it again. Indeed, participant feedback was overwhelmingly positive, with more than 90% believing that AI Tuna was trustworthy, of high quality, and cutting-edge. China is a country unaccustomed to eating tuna—and the fact that Chinese should praise AI Tuna so highly speaks volumes for the quality of the product. It is also clear that many Chinese consumers have high hopes and expectations of new technology-inspired culinary experiences. 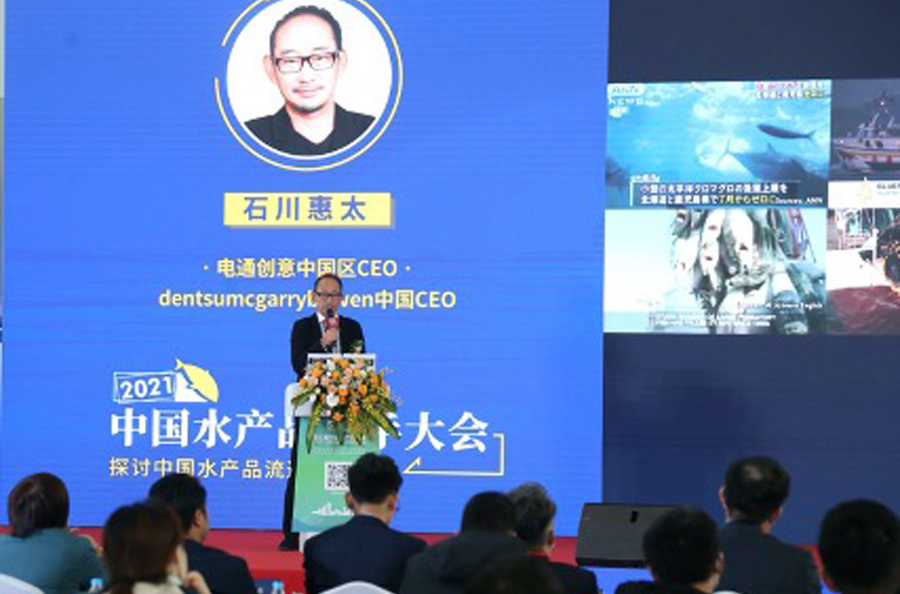 AI Tuna is a massive hit and receives global attention

On October 21, 2021, the first "Chinese Fishery Products Buyers Event." was held, with a keynote speech by dentsu mcgarrybowen China titled "Spreading Delicious Tuna to China with AI Technology," announcing the official launch of the "AI Tuna" product in China.
At long last, the TUNA SCOPE project is moving full-steam ahead in China, one of the great culinary nations of the world. The test sales events in Guangzhou and Shenzhen were a great success and, as a result, we are now making preparations for the official launch of AI Tuna in the major cities of Beijing and Shanghai.

Although tuna can be caught in fishing grounds around the world, Japan is the only country that carries out quality management using expert examination techniques. Concerns regarding the quality of tuna are therefore widespread, and this has resulted in inquiries related to TUNA SCOPE coming in from various nations. If we could empower countries—which previously lacked the ability to do so—to carry out tuna examinations easily, then it would be possible to establish international quality standards; this, in turn, would encourage fair-trade transactions of tuna between different countries.

Our vision is to make delicious tuna available to everyone, and to this end we wish to resolve issues faced by the fishing industry around the world. Going forward, we intend to further accelerate initiatives aimed at the international dissemination of TUNA SCOPE.