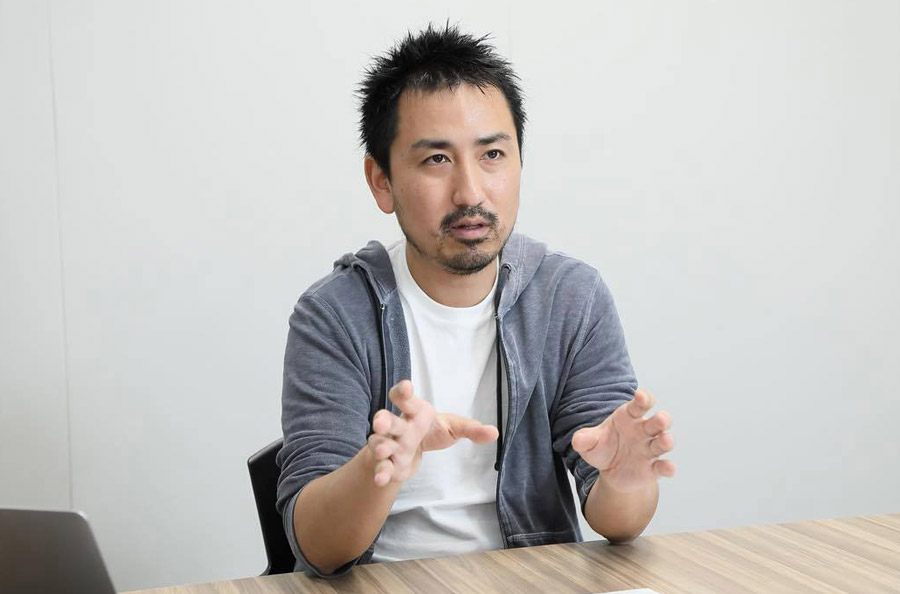 A project in Japan has innovatively applied AI to learn a skill possessed by Japanese experts, and in the process quickly attracted attention and won numerous prizes in Japan and internationally, including in the Innovation category of the Clio Awards, one of the three most esteemed global awards competitions.

The TUNA SCOPE AI system is the successor to the expert eyes of artisans who perform tuna quality inspections.
We talked with Creative Director Kazuhiro Shimura, the TUNA SCOPE project leader, to hear about the background to the development of this idea and prospects for the project.

― What kind of technology is TUNA SCOPE exactly?

Have you ever seen on TV, or elsewhere, brokers at a market inspecting the cross section of a tuna, where its tail has been cut off? These highly skilled artisans look at a the cross section of a tuna’s tail to grade its quality. They develop this skill over many years of experience that hone their intuition. This intangible knowledge is highly sensory in nature and possessed by only a limited number of people.

The TUNA SCOPE AI system that we developed is a successor to their inspection skill. Using a smartphone installed with TUNA SCOPE, anyone can take a photo of the tuna tail’s cross section and easily determine its quality.

― Could you describe what led to the creation of the TUNA SCOPE app?

I’ve always liked eating fish and often buy tuna sashimi at the grocery store, but sometimes it doesn’t taste as good as I expect it to. I had been wondering whether something could be done to improve this hit-or-miss experience, which happens despite paying the same price and the tuna looking the same, when I saw on the news that Tsukiji Market was going to be relocated to Toyosu. The news story was showing a broker examining tuna and the idea came into my head.

Tuna at the market gets priced after a broker with decades of experience visually inspects the tail cross section. But when I looked into this job, I found that brokers were grappling with a shortage of people to succeed them, and the number of people who have this valuable inspection skill was dwindling. This gave me the idea of developing AI system capable of replicating the inspection skill of these brokers. AI system can learn the intuition that underpins inspections and complete in no time at all the training that is said to take people at least 10 years. I thought that if we could get this inspection AI system to also be used with regular tuna on a wide scale, everyone could have the opportunity to eat tuna that tastes great.

What I learned from interviewing artisans was that this inspection skill is highly sensory and involves intangible knowledge. If they could put into words what it is that they look at, they could create a manual for new artisans to learn or create a computer program to use in software, but the inspection process is intuitive and difficult to put in words. But this just made the idea more interesting. I thought that deploying AI to learn this skill had real significance, in terms of also preserving this valuable skill that is built up over decades of looking at tuna tails on a daily basis.

I wanted to see if we could have AI learn the skill possessed by a limited number of artisans and broadly deploy it to add this value to the tuna that we eat as part of our everyday lives. When I presented this framework and my thoughts to people at Dentsu, the project got its official launch. We created a team made up of creatives from Dentsu and people from ISID which has technology expertise. 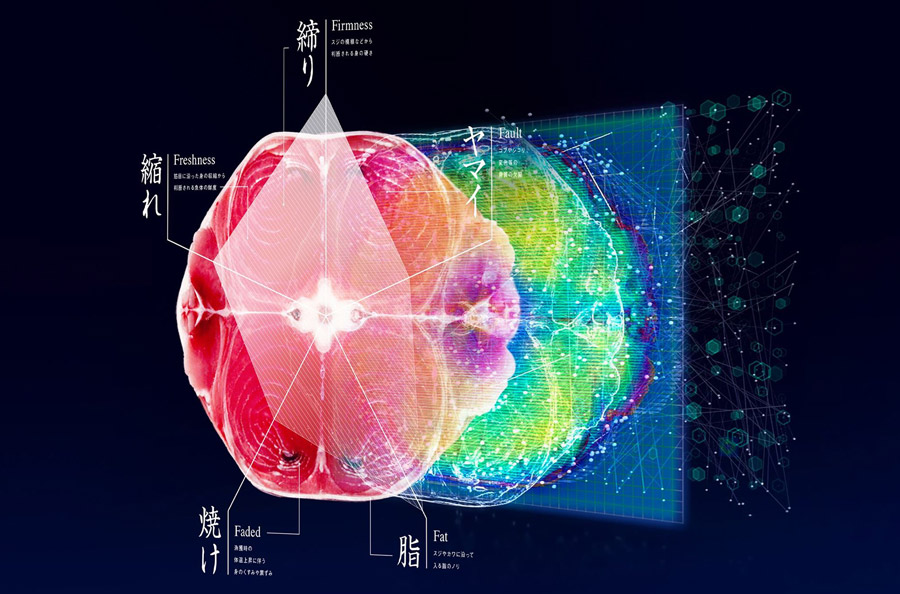 AI acquires a lifetime’s worth of tuna inspection expertise in just one month.

In just one month, the AI system learned to inspect tuna with skill equivalent to an artisan with 10-plus years of experience

― What were some of the challenges you encountered during development?

Collecting the cross-sectional images of tuna tails was a challenge. We needed to have a huge amount of sample data to have the AI system learn what takes artisans 20 or 30 years of training to do, but the seafood markets where they inspect tuna day in and day out are not places where outsiders can easily gain access. So we had to shift our approach and think about who would have large amounts of data on tuna. Then we found Sojitz, a general trading company that operates a global tuna business.

We created a prototype of the application using data on tuna that we had collected at Misaki Port, which we then took to Sojitz. We gave them an overview of the project and learned that Sojitz was also encountering their own issues with tuna inspections, such as differences in the accuracy of individual artisans and their tuna purchases being hit or miss. TUNA SCOPE is able to offer a stable supply of high-quality tuna that meets a certain standard, regardless of who does the inspection. Their thinking and our thinking were in alignment, and they joined the project.

Now that we had the cooperation of Sojitz, we were able to collect 4,000 images of sample data on yellowfin tuna. We used a smartphone to photograph the cross section of these samples and compared them with the results of artisan inspections. We then fed these data as a set into the AI system, and in just one month, the system succeeded in learning a volume of data equivalent to what an artisan learns in 10 or more years of training, looking at one tuna a day.

When we deployed the AI system we developed on a smartphone and tested it, we found that it was able to achieve a high rate of accuracy, matching the inspection results of an artisan with a 35-year career approximately 85% of the time. In our most recent tests, the AI system was able to correctly judge, with more than 90% accuracy, tuna that had been graded by a skilled artisan as high quality. 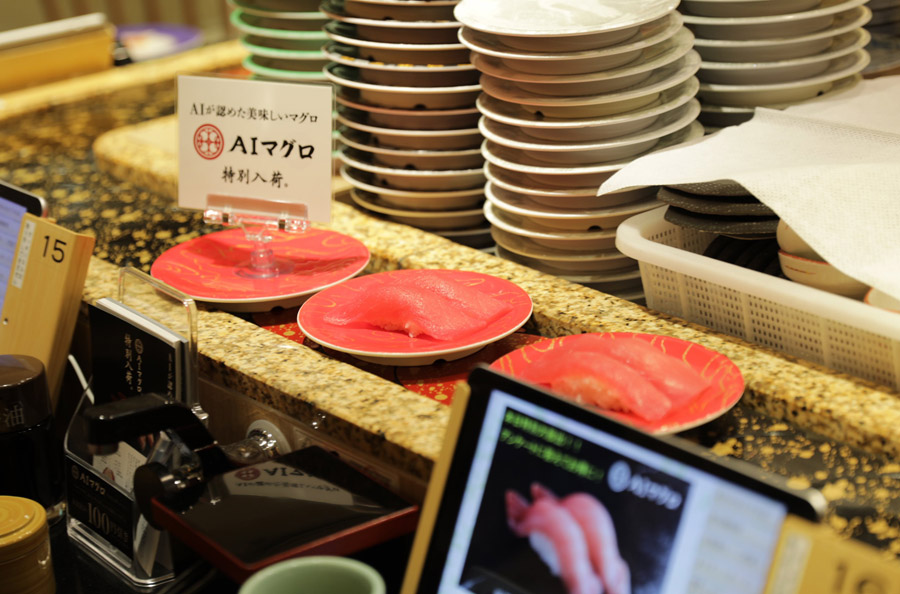 ― You’ve also sold tuna that TUNA SCOPE has graded as the highest quality as “AI Tuna,” and conducted an on-the-spot survey.

In March 2019, Kantaro, a conveyor belt sushi restaurant at Tokyo Station that serves seafood bought directly from producers, added tuna that TUNA SCOPE had graded as highest quality to their regular menu as “AI Tuna” (280 yen, not including tax). It turns out that the restaurant sold approximately 1,000 plates of AI Tuna in five days, and the results of our survey showed that around 90% of customers felt that the tuna tasted better than other tuna in the same price range. Some of the comments from customers that left an impression on me were that the tuna actually tasted better than usual, and that the AI tool meant the customer could rest assured eat tuna that would be as delicious as they expected it to be.

― What are your future aspirations for the project?

One concrete development underway since January is supplying tuna inspected for quality by TUNA SCOPE to New York and Singapore. Then, in March, our project received certification by the Fisheries Agency in a government program to promote the expansion of fishery product exports. With support from the Fisheries Agency, we are making preparations in 2020 to export tuna graded as high quality by the AI system to world markets.

I believe that expanding the use of TUNA SCOPE around the world offers incredible value on a variety of fronts. The first is that everyone, wherever they are in the world, will have the opportunity to eat delicious tuna. Globally speaking, the world does not have professional artisans who spend their entire lives looking at tuna like they do in Japan. That means that the tuna delivered to people’s tables has not gone through the same kind of high-level quality inspection that is the standard in Japan. Using the AI system to bring the skill of Japanese artisans to world markets will allow people around the world to eat outstanding tuna that has been inspected to Japanese standards. As a Japanese person, this is something that makes me proud. 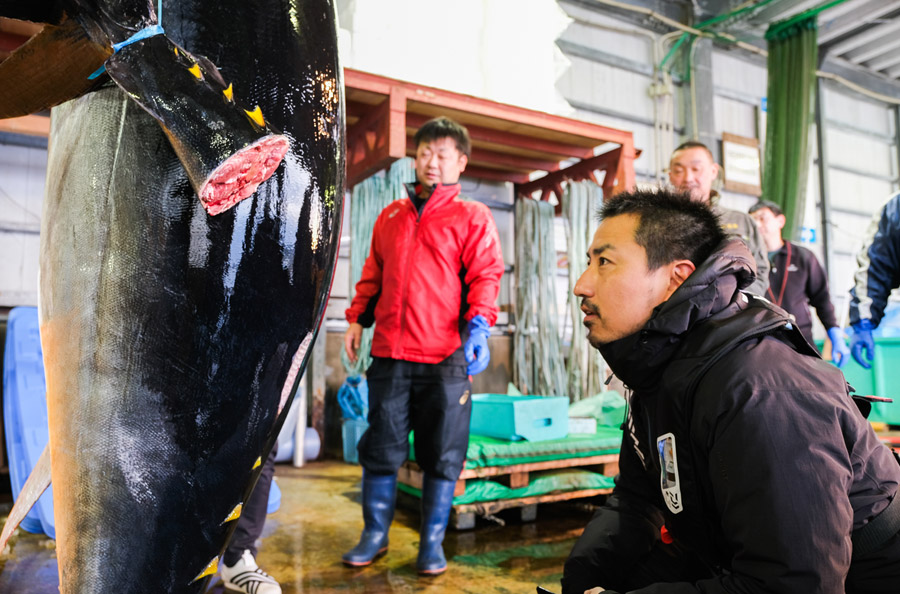 Another reason is that I believe TUNA SCOPE can also be part of the solution to the tuna shortage problem we are facing worldwide. The regular tuna that we eat as part of our daily diet is primarily traded by weight and volume. That’s why fishermen focus on volume, and that can lead to overfishing for some species. In order to get a big catch, they capture whole schools of fish that also include juvenile fish. Moreover, tuna caught all together in a school struggle in the net, which causes their body temperature to rise and results in yake, or “burnt” tuna characterized by a faded color and poor quality, wounds to the fish’s body, and sometimes death. This results in a sharp loss of freshness.

If we can create a shared global quality standard and inspection system using TUNA SCOPE, I believe we can shift the mindset of the people catching the fish to focus on quality. This would increase the number of fishermen catching tuna one at a time to ensure quality and freshness instead of prioritizing the quantity of their catch. If tuna caught in this more conscientious way is valued by markets, it will help allow everyone to eat great-tasting tuna while also improving resource stability. This is a win–win for people, for the resource, and for business too.

The TUNA SCOPE project started out as an idea I had, and it grew bigger and is now turning into a business with the potential to solve a problem faced by our world today. Looking ahead, I want to use the know-how we’ve gained through this project to harness the power of AI and expand its use as the successor to skilled experts in the fisheries industry as well as across many other fields. 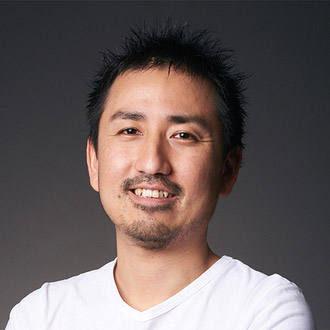 Kazuhiro Shimura has undergraduate and graduate degrees in biotechnology from Tokyo University. He is currently engaged in not only advertising but also the fields of service and product development and innovation, with aims to expand the boundaries of the creative domain. He has received numerous awards, including from Cannes Lions, One Show, Clio Awards, D&AD, London International Awards, Adfest, Spikes Asia and ACC. He served as a member of the jury for the Digital Craft category at the 2017 Cannes Lions, and as a member of the jury in the Innovation category at the 2018 Spikes Asia awards. Has also given numerous presentations internationally, including “Seed Creativity for Business Innovation” at the Dentsu seminar at Cannes Lions.